Chardham which literally means ‘four houses of God’ is located amongst the breath-taking himalayas of Uttarakhand, these pilgrimage sites are considered holiest amongst the most holy religious centres for hinduism in the country. It is believed that one can reach salvation ‘moksha’ here. Hence, it is considered important to undertake Chardham pilgrimage atleast once in a lifetime.

Chardham Yatra offers the devotees a blissful life-changing intimate connect with the divine. The pilgrimage include visits to Yamunotri – Gangotri – Kedarnath – Badrinath shrines with each being devoted to Goddess Yamuna, Goddess Ganga, Lord Shiva and Lord Vishnu, respectively.

Did you know that the route is alike the parikrama/pradakshina (taken from left to right) of these four eminent pilgrimage sites. Thus, the yatra starts from Yamunotri, proceeding to Gangotri and finally to Kedarnath and Badrinath. Pilgrims first visit Yamunotri and Gangotri, bring with them the holy waters from the sources of the rivers Yamuna and Ganga and offer Abhishekams to Kedareshwara.

Beginning of May to the first part of June is the ideal time to visit Chardham. The temperatures are bearable, which makes the journey more convenient. Chardham yatra opens on the auspicious day of Akshay Tritiya of Chaitya month. The opening and closing dates of the Chardham circuit is announced by the Uttarakhand government.

In winters, the deities at each shrine are moved to their winter abodes, Ukhimath for Kedarnath, Joshimath for Badrinath, Mukhba for Gangotri and Kharsali for Yamunotri and the doors of these winter abodes remain open through the year and can be visited at your convenience.

It is advised to avoid Chardham Yatra in July and August as the region is prone to landslides due to heavy rains. 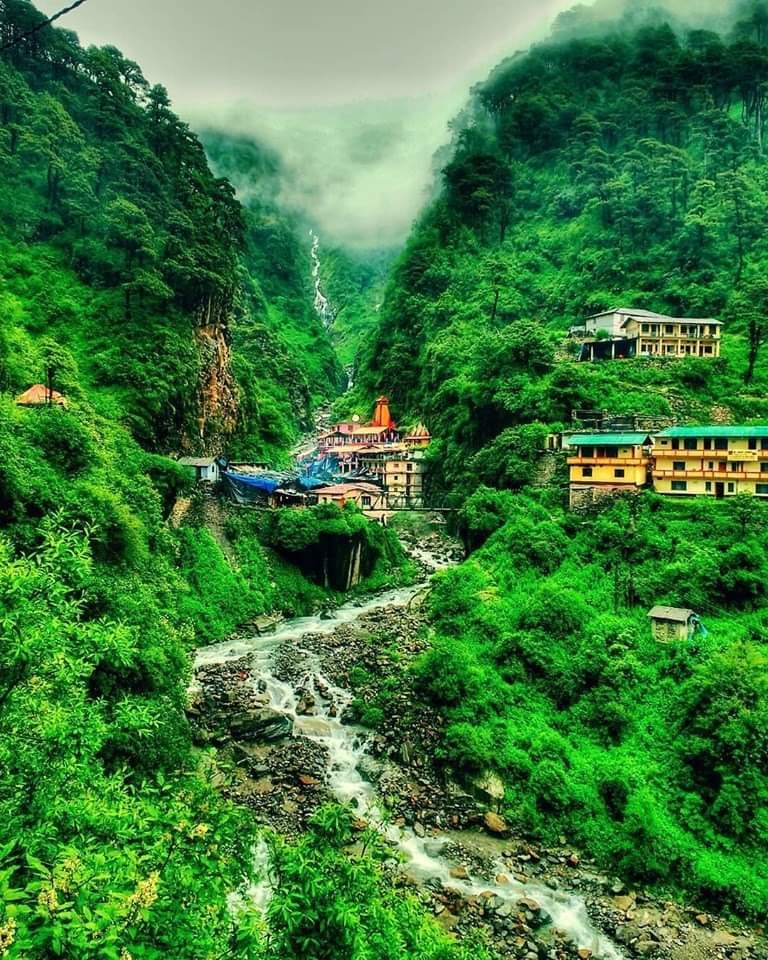 Located at an elevation of around 10,804 ft., Yamunotri is regarded as the origin of the majestic river Yamuna. A divine goddess, yamuna is the twin sister of Yama (the god of death) and is said to be the goddess of perseverance. It is believed that bathing in the revered Yamuna river will cleanse you of your sins, and protect you against untimely death.

With picturesque surroundings and awesome shrubs, lush meadows and gushing waterfalls, Yamunotri offers an exhilarating experience in the footsteps of the himalayas. 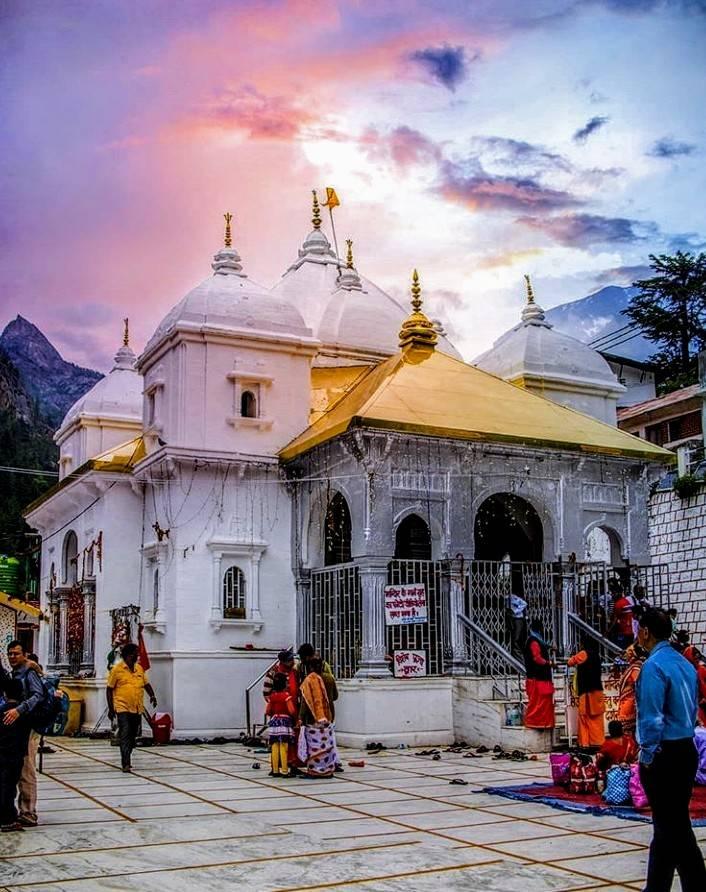 Located at an elevation of around 11,204 ft., Gangotri is a small town famous for the temple of Goddess Ganga. According to Hindu mythology, Lord Shiva released the mighty Ganges (or Ganga) from his locks here at Gangotri. However, Ganga originated from Gaumukh in the Gangotri glacier, which is located 19 km uptrek from Gangotri. From its origin, the river is known as river Bhagirathi and becomes mighty Ganga upon merging with Alaknanda at Devaprayag.

Nestled among the grand Himalayan peaks, glaciers, and dense forests of Garhwal, it is one of the highest points of pilgrimage in India.

Located at 11,755 ft above sea level near the Chorabari Glacier, Kedarnath is one of the remotest of Char Dham pilgrimage sites. The site is beautifully nestled in the lap of the Himalayas – A place where the scenic natural beauty meets spirituality. The temple sits gloriously surrounded by snow-capped peaks.

The temple is one of the twelve Jyotirlingas, and was originally built by Pandavas. It is believed that after the war of Mahabharata, Pandavas did penance in Kedarnath to wash away their sins and please Lord Shiva. 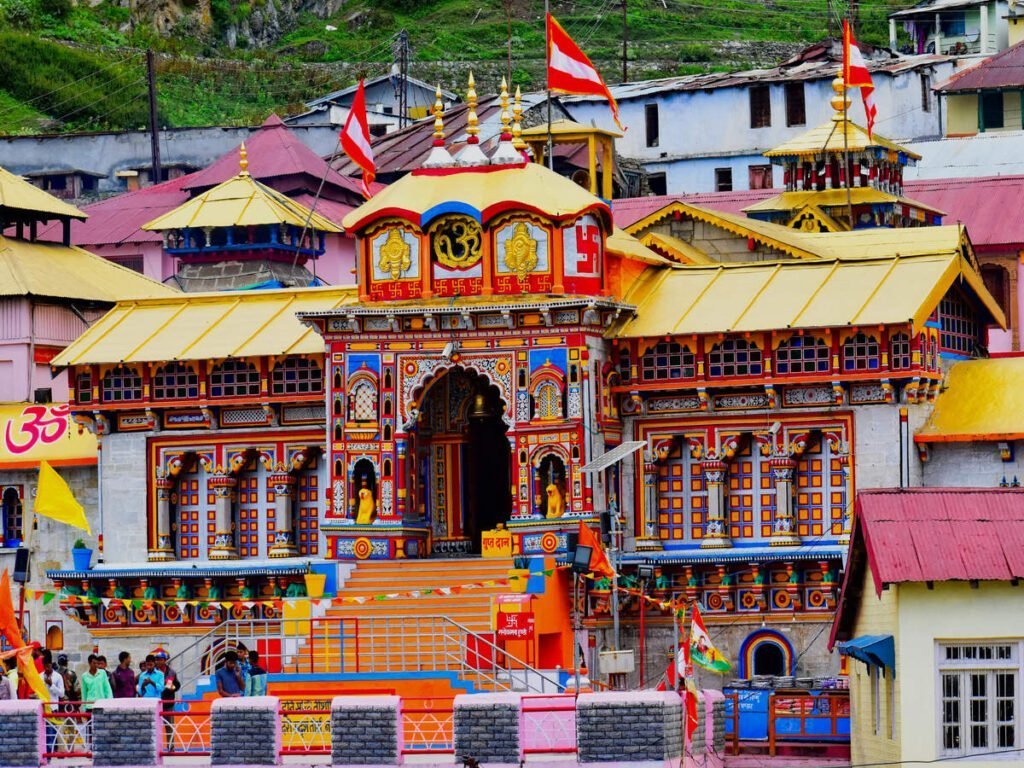 Located at an elevation of around 10,171 ft., Badrinath is situated on the banks of the Alaknanda River. The spiritual site of Badrinath Temple is also mentioned in the Padma Purana. The temple is one of the 108 Divya Desams dedicated to Vishnu (holy shrines for Vaishnavites). With the temple shielded by the mountains Nar and Narayana, the sight of it evokes a sense of calmness and spirituality. According to legend, the Badrinath Temple, also known as the Badrinarayan Temple, was built in the 8th century by Adi Shankaracharya.

What is the best time to do chardham yatra?

April to June & September to October end is the best time to visit Chardham.

Is there timings for Darshan at chardham temples?

can elderly travellers do chardham yatra too?

Yes. However, it is advised that elderly people or people who have respiratory problems or cardio-vascular problems should seek doctor’s advice before taking up Chardham journey.

No comments to show.